a final chapter and the start of a new one

The end of another good year! 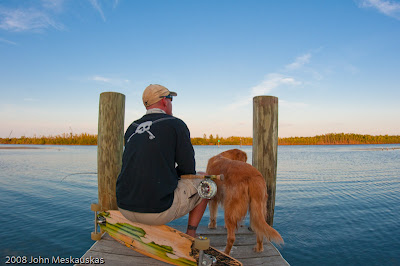 Okay, the fly contest is obviously a success and I can't thank everyone enough for their participation, but I must post something about fishing every now and again. I thought I would share some stories and photographs from the last week of 2008 and the first week of 2009.
Life is good for Chuck 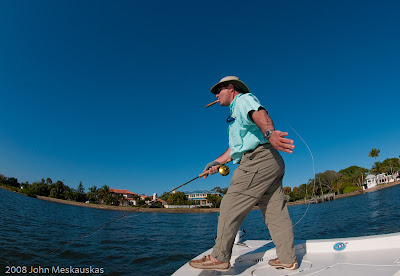 The fishing here in the winter is not glamorous but it is full of action and that is exactly what I had the final week of the year. Trout on the grass flats were as abundant as they get although not many large ones were caught, again loads of fun. It is amazing how hard a small trout can hit, they sure don't fight hard but the first punch sure is solid. On the sand flats, jigs and small flies produced ladyfish by the boat load and some pompano. Finally the beaches, where you can run over schools of mackerel and bluefish for miles, literally! The mackerel can be tough to get off the bottom some days but for the most part they are very cooperative, and the bluefish are always on the feed no matter what you throw in. I guess it would be unfair to say that we do not catch any quote, unquote glamorous fish because you can still catch plenty of snook in the winter and redfish. I apologize for the lack of ladyfish, mackerel, bluefish, etc. pictures but it is a messy job and there is no way I am going to grab my camera. Not to mention by the time I release one there usually is another one ready to be landed!
Doug Seaman and his son Will 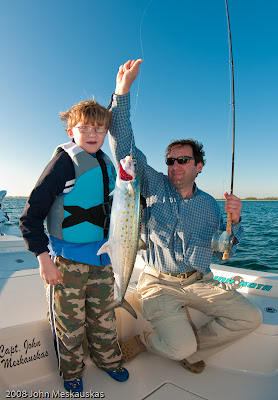 I was fortunate enough to start 2009 with back to back redfish trips. One was with Gary Smith of Michigan, he has been fishing with me for the last 8 or 9 years and we have started the year together the last six. However, one thing was different this year, Gary did not have to rush back to see the University of Michigan football game. Sorry Gary I had to take that jab! On a serious note, Gary has fished all over the world and has fished for redfish all over the country so he is good at reading fish and making the right cast. This year Gary landed four redfish on fly, all on Borski sliders, and I believe we had six eat. Thanks Gary for another great start to the new year.
My blue tribute in honor of Gary's football team 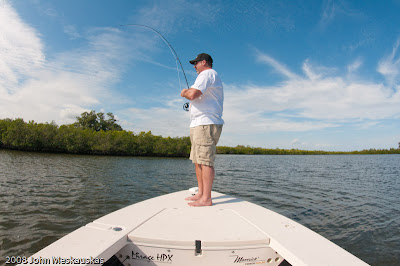 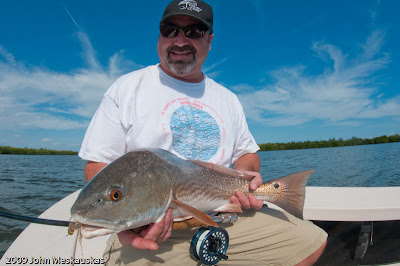 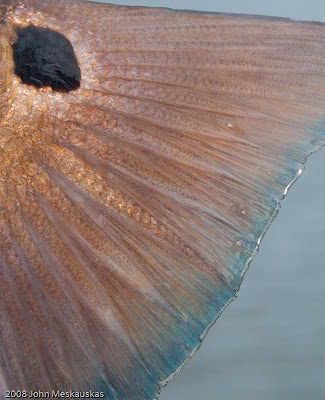 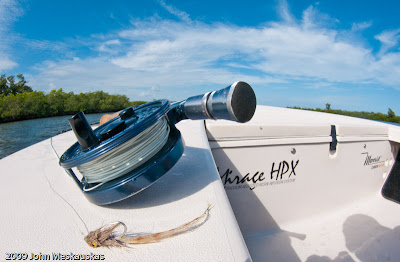 My second day of redfishing was with Todd Austof. Todd is a very special client of mine, you see he is the guy that lets me use his Maverick HPX so I can do these trips. Todd is also from Michigan but his Michigan team did have a New Years game, I'll let you figure that one out. I could only think of one way to properly thank Todd for the use of his skiff and that was to put him on his first ever redfish! Mission was accomplished, Todd laid a nice cast into a school of about 20 redfish and one found his Borski slider a bit appetizing. Todd, thanks obviously for the use of the boat, but more for sharing that moment with me. I look forward to doing it again someday soon. 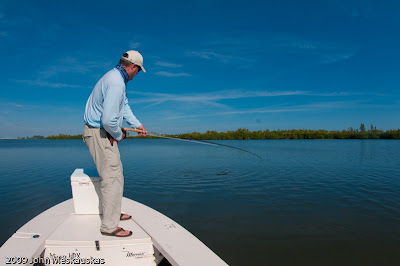 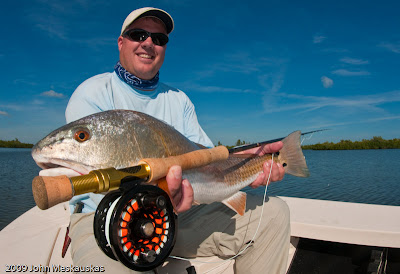 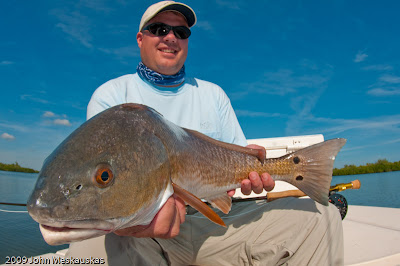 Posted by StuartFlyfishing at 1:17 PM

Nice redfish captain! So, educate us a little bit (without giving up your spot!)...what was the tide doing when the redfish ate? How deep did you find them? Were they cruising fish or actively feeding?

Redfish really seem to get overlooked around here, but they are so fun to catch! Nice work.
RJ

RJ,
The best time to find redfish in this area is on low water and to target the shorelines. Most of these fish are just cruising slowly and occasionally tipping their tail up. I have seen them on both the incoming and outgoing and the water is typically less the 8 to 10 inches. Hope this helps.

Fans of this blog

Links to my sponsors

Links to my friends and favorites